It's play time for Cute Potatoe...

Well she had a good sleep and woke up all bright eyed and bushy tailed.  Nowhere to go today though as I have been looking after my Grandson (who for once became camera shy!!).  He loves CP so he introduced her to The Stig...lol  She was blushing like mad but loved it when he said he would teach her to play pool.... she took to it like a duck to water... what a gal :D 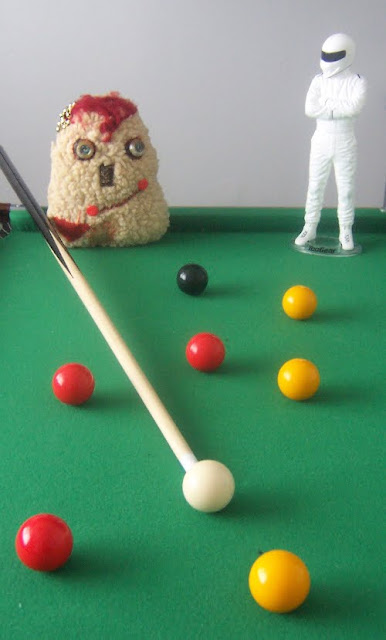 Now before she went to bed yesterday she made me promise to do something creative so of course by way of apology for the rough few days she had prior to arriving I had to come up with something to make her happy.  Beate provided a packet of fabric pieces in CP's luggage to make something with .... 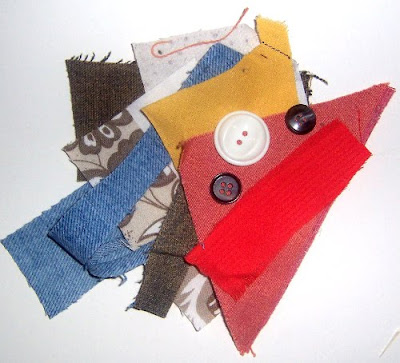 so after much thought a 'lightbulb' moment happened and I thought what better than if she had a friend of her own for the moments when she is missing Beate and Germany.  She now has a teddy pal :D  She was soooo excited and I told her that the button on his tummy is a happiness button so all she has to do is touch it and all will be well with the world...lol   (Think I need one of those myself sometimes.. ha ha) 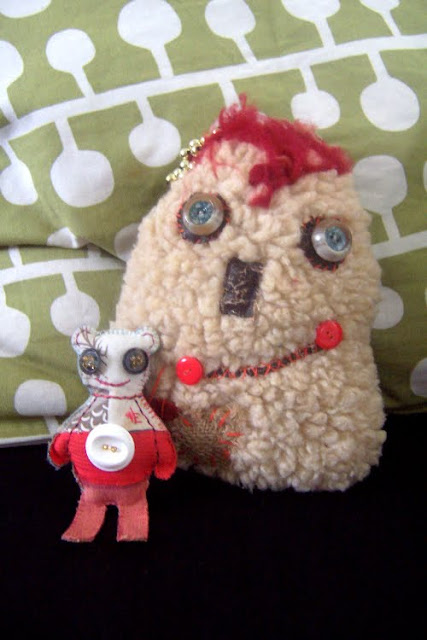 Well CP was just so excited that she was just jumping up and down with glee... a great big smile has been on her face ALL day.  So much so that she insisted that I take a picture of him on his own so he could have his own 5 mins of fame :-P
So meet Teddy happiness. 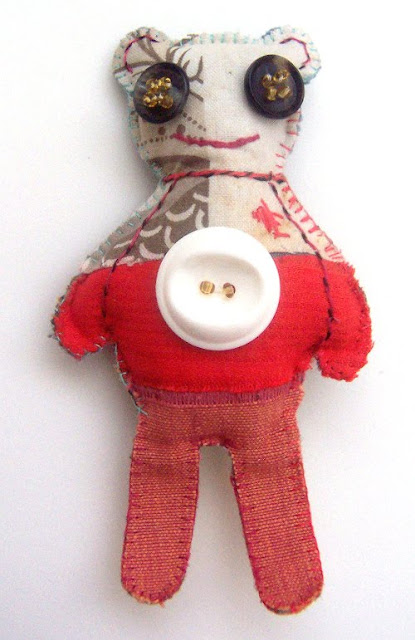 He even obliged me by turning round so you could see the back of his outfit!! 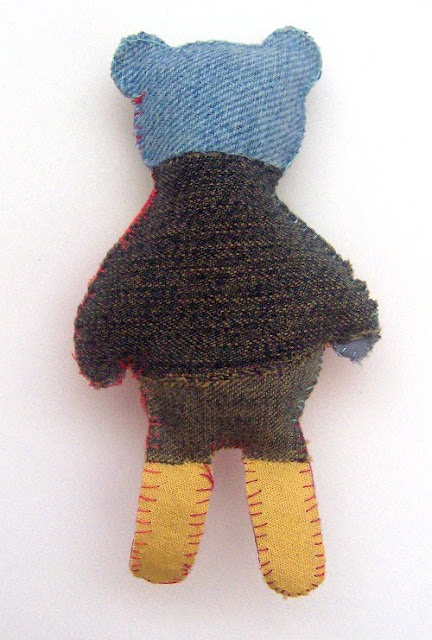 I think they are going to be very happy together :D
hugs
Chris xx
Posted by Chris at 9:48 pm

I think they are happy together, adore teddy happiness, fantastic work.

This is hysterical, and great work on Teddy! I'm still chuckling over here.....

Oh Chris what a wonderful post, yes I miss CP she is so sweet, but I am sure she will have fun with you, your teddy is so great and I am sure that he and CP will have fun togetherm have a nice time with CP and thanks for your sweet comments.

It was a breath of fresh air to read your blog post about Cute Potato and her teddy! I am so glad they cooperated for you with the camera so we could all see what you have been up too :)

(I needed that laugh today!! XX)

They both are adorable and deserve to be together. I am sure they will be blissfully happy ever after.
Wish I had lightbulb moments like that. Mine only flickers but no flashes lo!

Hee hee!!!!! Am so pleased that CP is settling in...do ask her to have a peep under The Stigs mask as I would love to know what she finds!!!!

Awe Teddy Happiness has already perked CP up, I can tell!

Aw I love him!!!!!fabulous work my friend!!!!
Hope your all well....Enjoy the rest of your week:)xxx

I love Teddy - you did a great Job- fabulous work! Have a wonderful time together....

And I think you are one super person. Also, a brilliant teddy. What a fun, fun post.

Teddy Happiness is wonderful and they make a lovely couple!
Gini
xx